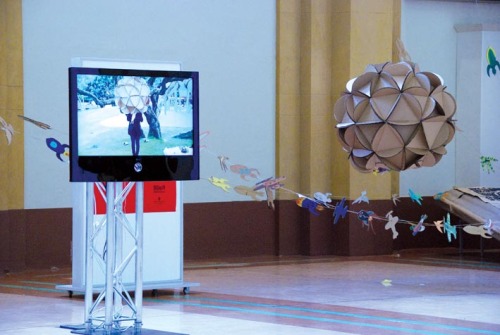 Karl Partsch and Eddie Partsch for their hard work in helping set up the exhibition;

Keir Husson, Tim Turnidge and Klaus Kremer for IT support at the exhibition.

AND THE WINNER IS…

THE DAY’S EVENT IN TECHNICOLOUR 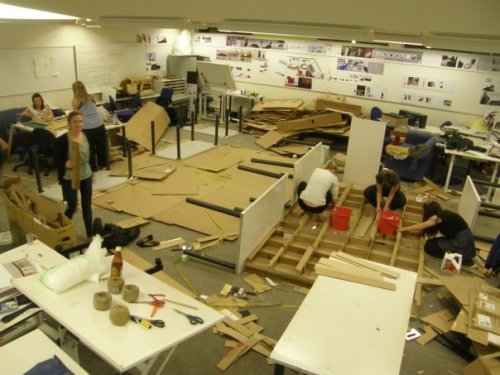 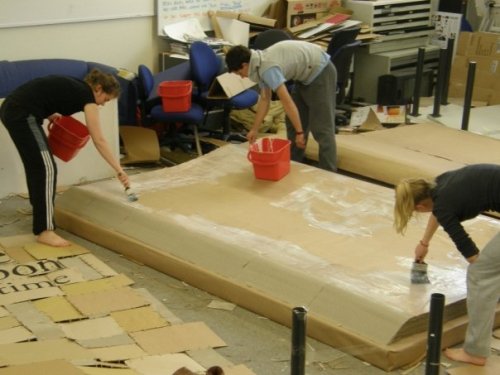 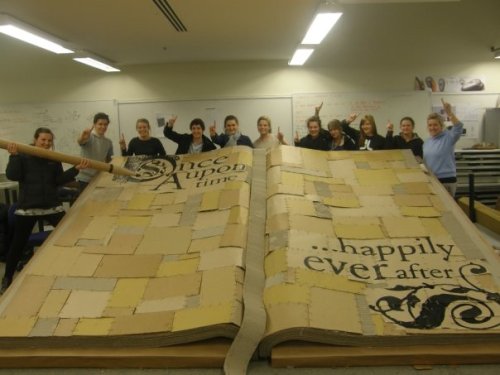 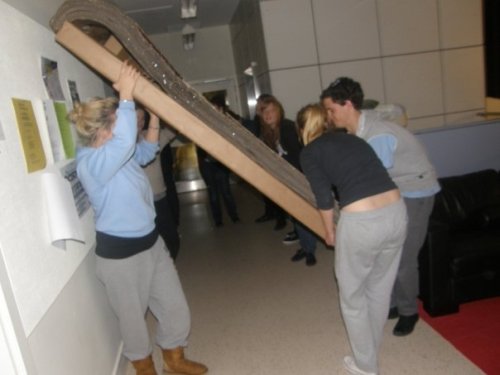 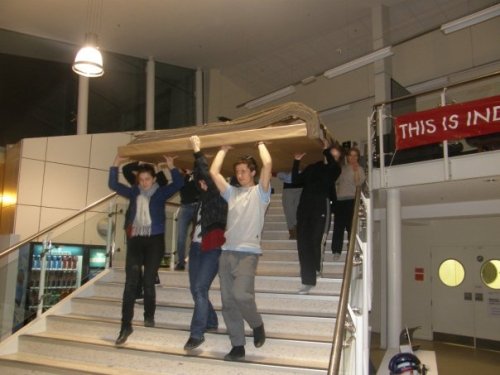 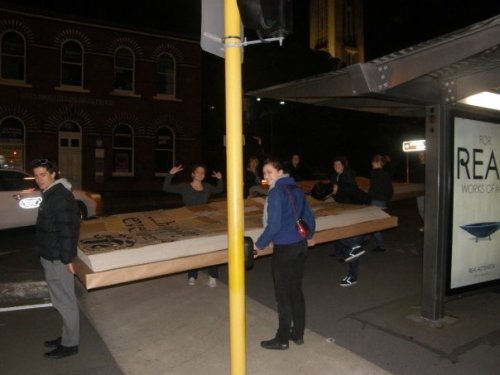 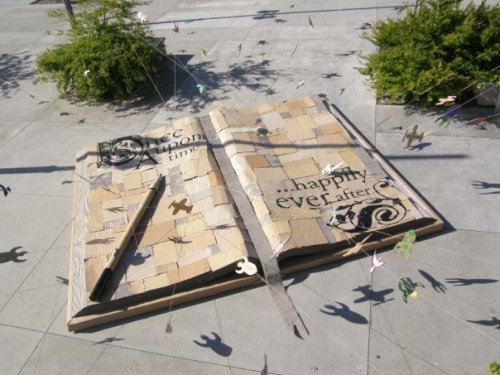 On behalf of Team Token it can be said that this Boxbox project was the most collaborative and enjoyable project we have participated in all year.

The project began to take shape through a series of coffee dates and debates at Mt Cook Café. We were looking to project ‘escapism’ into the public sphere and bring about notions of imagination and fantasy.

Through observation of people on their lunch breaks at our first sight on Lampton Quay, we noticed how reading was used to relax and escape the hustle and bustle of the surroundings. Through this identification of the written word as a vehicle in which one could escape their environment we subsequently focused in on the book as a visual metaphor for ‘escapism’.

In addition with the creation of the book we looked into roles in which interaction could play in further expressing ‘escapism’ and enhancing the visual impact of the installation. After much deliberation and trialing of different ideas and forms, we came up with a series of symbols of ‘flight’. Birds, planes and rockets were cut out as canvas’s in which the public were invited to paint and write messages on.

These creations of imagination were then anchored to strings exploding out of the books pages. This dually represented both the different tangents in which imagination can take within the mind but also the journeys it can take us on as individuals. The installation was made complete by the publics’ creativity and participation and acted as a unified emblem of imagination and more broadly ‘escapism’.

We would just like to thank all those who helped us in the completion of this project. Thank you to the team from Massey University for organising the project and helping with the development and construction of the book. Thank you to the public for participating in the installation- it would not have been successful without your help.

Thank you to all the sponsors, Interislander, Mitre 10, New World, Bunnings Warehouse, Resene, and Gordon Harris, without your contributions the book could never have been made. 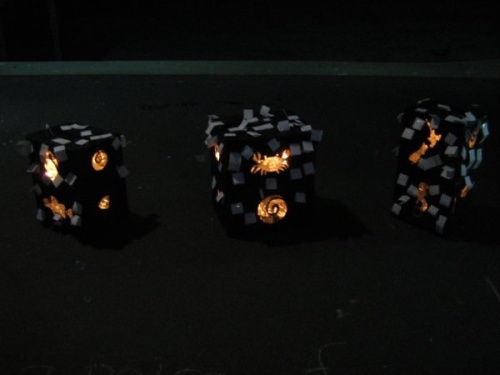 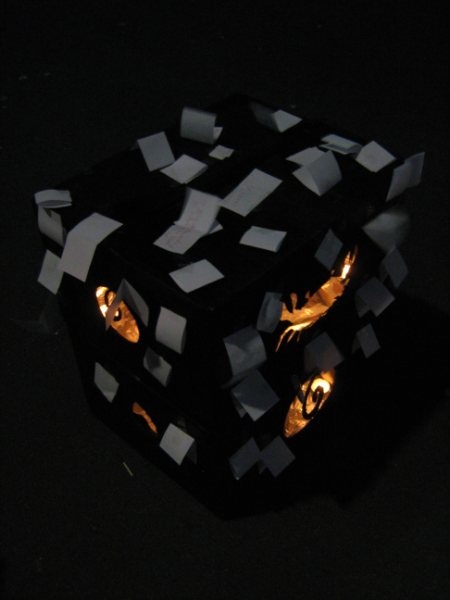 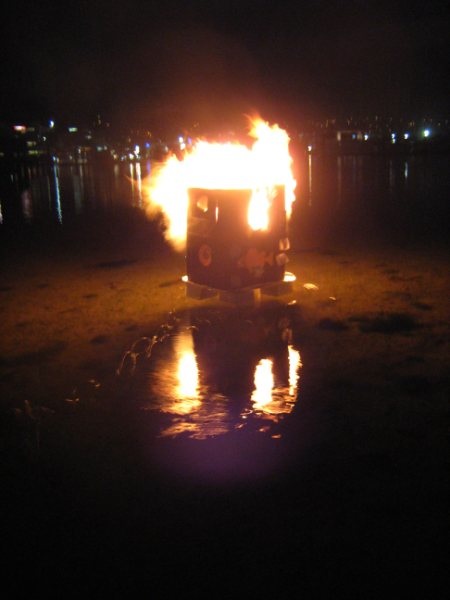 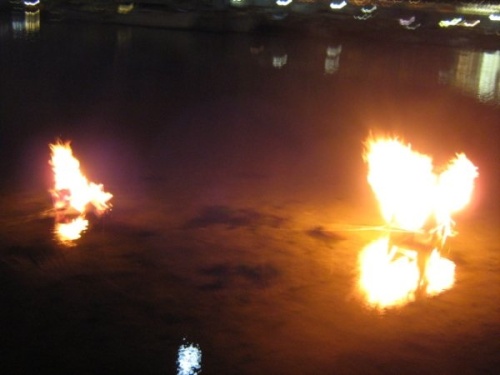 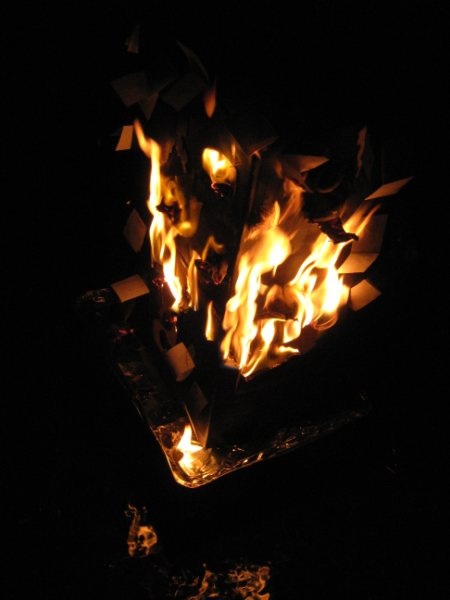 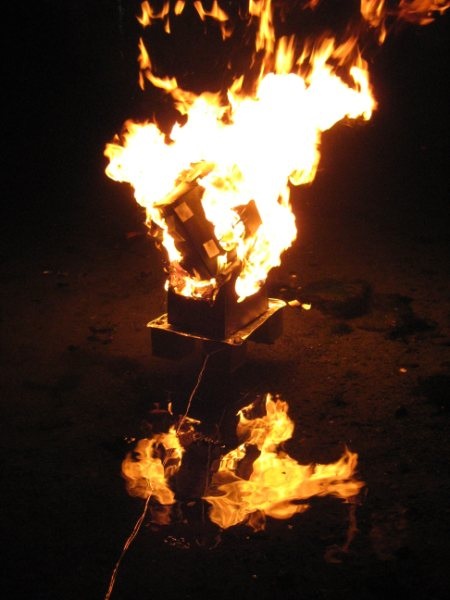 Team CUBEcube had a great day. we had alot of people coming to write a secrete, fear, memory, on a peice of paper which we burnt for them. we had some realy good responses with it, had a lot of people going off and coming back when they had thought of something to write. had a very emotional group of 4 women who all wanted to get something off their chest, one woman was almost in tears as she left because of the emotional impact of letting go of what ever she wrote down.

All through the day people were participating with our boxes, and not once did we read any off the notes they left.

our lanterns looked great at night although we didnt have to many people around to see them, at 9 we set the boxes alight and were surprised at the few people who came back to see us light the boxes on fire. all went off well and we had the most fun setting fire in the wellington harbor, which of corse we had a permit for.

are just chopping down the doco ready for submission. Over all cubcube were absolutely shattered from the day but it was fun and memorable.

Heres just a small up date on how our project went…

We were really stoked with how people interacted with the art work, to either change the time by moving it forward, taking it back or spelling a word.

IT IS SAFE TO SAY THAT CONTROLLED TIME WAS NOT THE WINNER ON THE DAY!!!

the public and us with the help of a clock seen by thousands of people were able to mess with the projection and telling of time which was a unique experience for us and every who had a go.

some awesome stories.
from a lovely couple who put their wedding date on, to some people with their date of birth, some crazy words like lion… why was there a lion there….

It was great to see how the public took ownership of the clock at some stages which was what we wanted to see. 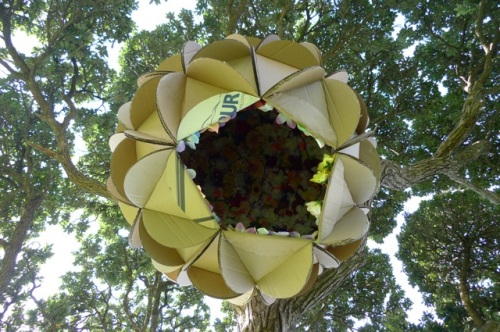 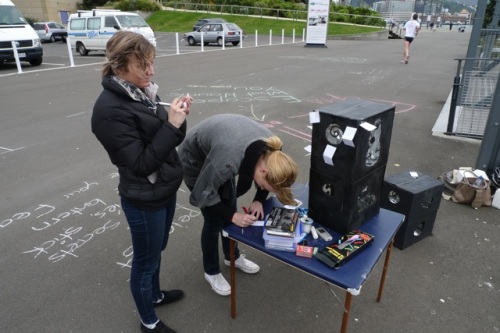 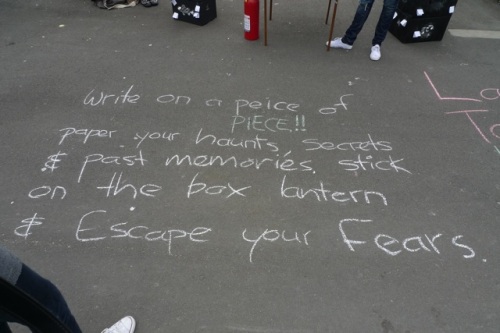 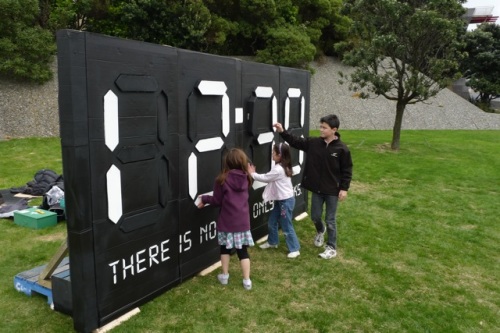 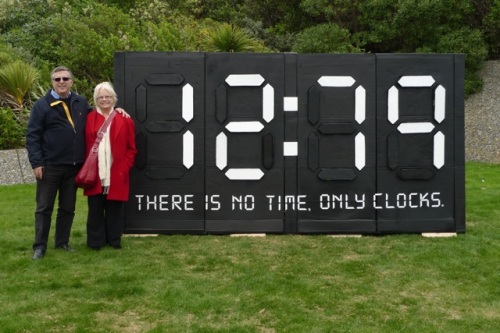 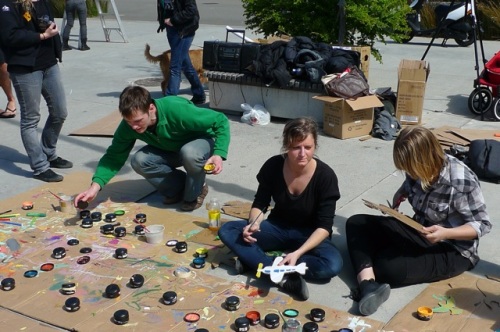 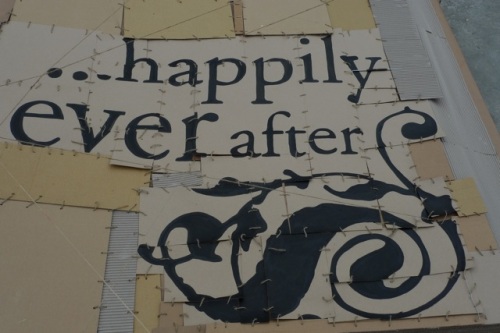 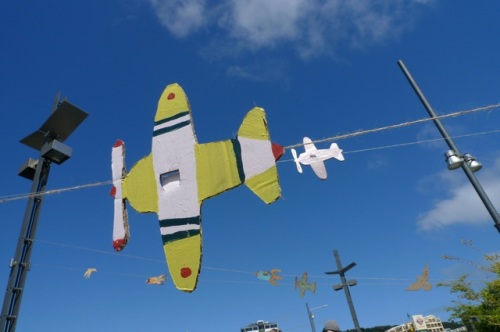 OK so the day is almost upon us. Here is our location, see you there from 7am to 7pm, well be the ones telling our time. 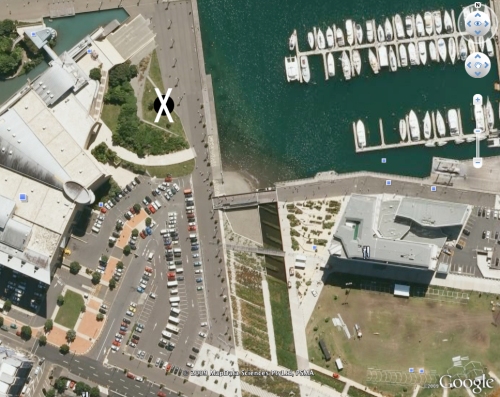